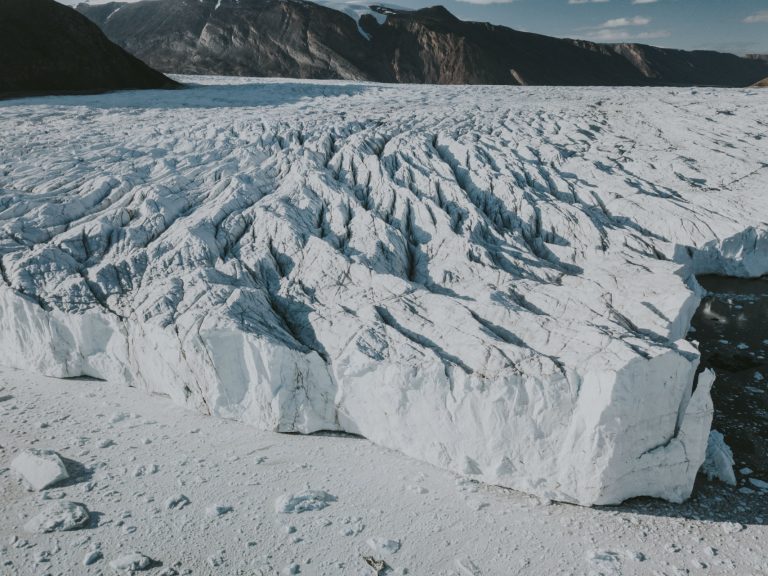 In the late 13th and early 12th centuries the ancient Near East experienced the Late Bronze Age Collapse. This period saw the demise of the major kingdoms of the time. The large kingdoms’ pain was Israel’s gain, as their weakness opened the door for new, smaller states such as Israel to emerge.

There are various theories as to the cause of the Late Bronze Age Collapse. One theory is that it was a result of a change in the climate. This theory can be tested by studying ice cores.

Greenland and Antarctica have large ice sheets created from snowfall that has accumulated over time. The Greenland Ice Sheet covers over 650,000 square miles and over 2 miles thick at its deepest point.

Differences in annual snow give each season’s snow unique properties. As new snow falls, the weight of the snow compacts the snow beneath it, and traps those properties. It creates an annual accounting that is frozen in time.

The thickness of an annual layer can demonstrate the amount of precipitation for a given year. Melting snow eliminated bubbles in the snow, and can be an indicator of warmer summer temperatures. Carbon dioxide and methane are trapped in the ice, and variances can be measured over time. Differences in the air temperature can be reflected in changes in oxygen and hydrogen isotopes.

Ice layers contain also contain particles that were present in the air. In Genesis 19, God rained down burning sulfur on Sodom and Gomorrah, enough to destroy all the vegetation. In Judges 15, Samson tied lit torches to foxes’ tails, and set them loose in the Philistines’ grains, burning them. These localized destructions would not be large enough to show in the ice in Greenland, but massive volcanic eruptions have spewed enough ash into the atmosphere and fallen in Greenland to appear in the ice.

The study of this ice over time can be done by looking at ice cores. Ice cores are cylinders of ice taken from the ice sheets. They are created by drilling a vertical hole into the ice, and gradually removing the ice core in sections as the drilling goes deeper.

The Greenland Ice Sheet Project (GISP2) took ice cores to a depth of over 10,000 feet. And it showed that temperatures were cooler between 1200 though 850 BCE, with a brief warming period between 1050-970 BCE. This correlates well with other studies that have pointed to cooler temperatures and lower rainfall in the eastern Mediterranean during this same period, and a possible explanation for the Late Bronze Age Collapse.

For a photo of an ice core with volcanic ash embedded inside, see the following link:

To see a clip of an ice core being taken, see this short video: