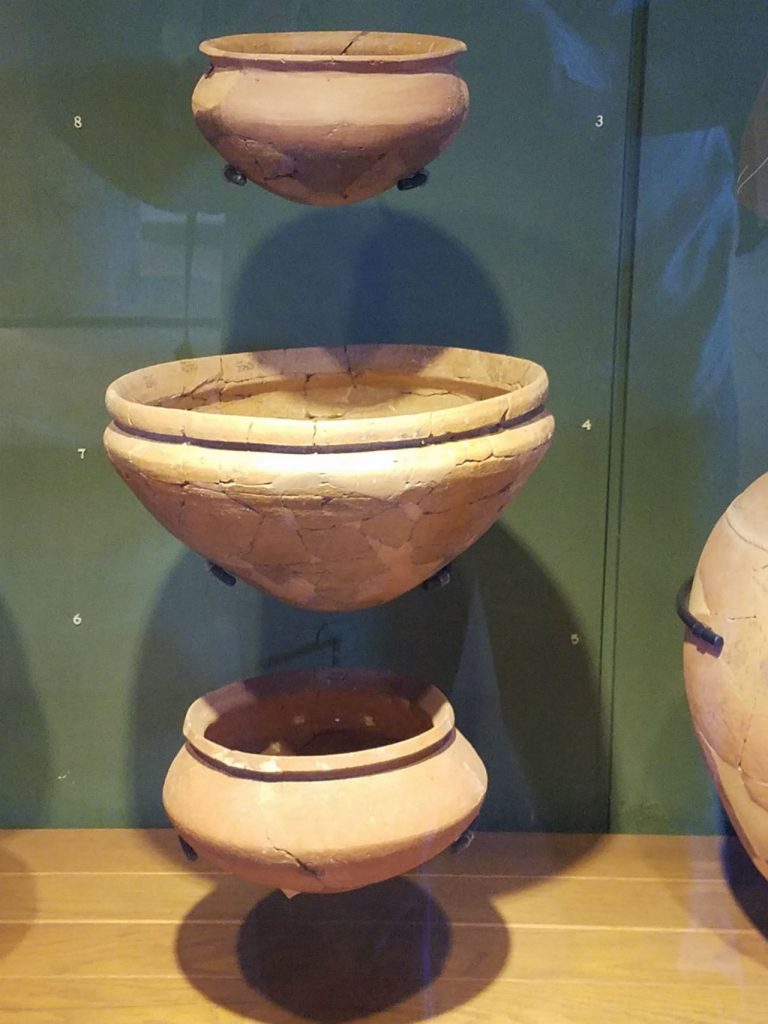 In Leviticus 14, the Bible details the process for cleansing a house that was afflicted with “tzara’at,” a blemish that appears on its walls. “But if the priest comes to examine it and the mold has not spread after the house has been plastered, he shall pronounce the house clean, because the defiling mold is gone. To purify the house he is to take two birds and some cedar wood, scarlet yarn and hyssop. He shall kill one of the birds over fresh water in a clay pot. Then he is to take the cedar wood, the hyssop, the scarlet yarn and the live bird, dip them into the blood of the dead bird and the fresh water, and sprinkle the house seven times.”

The repeated mentions of clay pots indicate their importance in the daily lives of the average Israelite. Clay pots were important then as they are today for the preparation, storage and transport of food.

The Book of Jeremiah, chapter 18, demonstrates the importance of pots. In Jeremiah, God tells Jeremiah to go to the potter’s house: So I went down to the potter’s house and saw him working with clay at the wheel. He was making a pot from clay. But there was something wrong with the pot. So the potter used that clay to make another pot. With his hands he shaped the pot the way he wanted it to be. Then this message from the Lord came to me: “Family of Israel, you know that I can do the same thing with you. You are like the clay in the potter’s hands, and I am the potter.”

Clay pots were made by shaping earthen clay into pottery form, either by hand, by potter’s wheel or by mold. The clay was then fired at a high temperature to induce chemical change that allowed the hardened clay to hold liquids without disintegrating.

Late Bronze Age pottery in Canaan featured a mix of different types of pottery shapes, including large storage jars, called pithoi, smaller storage jars, cooking pots, bowls, jugs, jars and flasks. The pottery derived from different sources, from the locally made to the imported. The locally made pottery was made on potter’s wheels and was painted. Imports from Cyprus and the Aegean were higher quality and more ornate than locally produced pottery and featured decorative designs and figures.

In Iron Age I Canaan the Samarian and Judean hills saw a sprouting of new settlements in areas that had not been settled previously. The inhabitants of these new villages are generally associated with the nascent Israel.

It would appear that for the Bible, the remedy for a mold in the home would involve a clay pot possibly made in a mold.

The image above shows the less ornate pottery typical of the early Iron Age settlers of the hill country of Canaan. These are on display at the Eretz Israel Museum in Tel Aviv.

For those interested in learning more about pottery, the following video is a five-minute demonstration of very early pottery making technique: