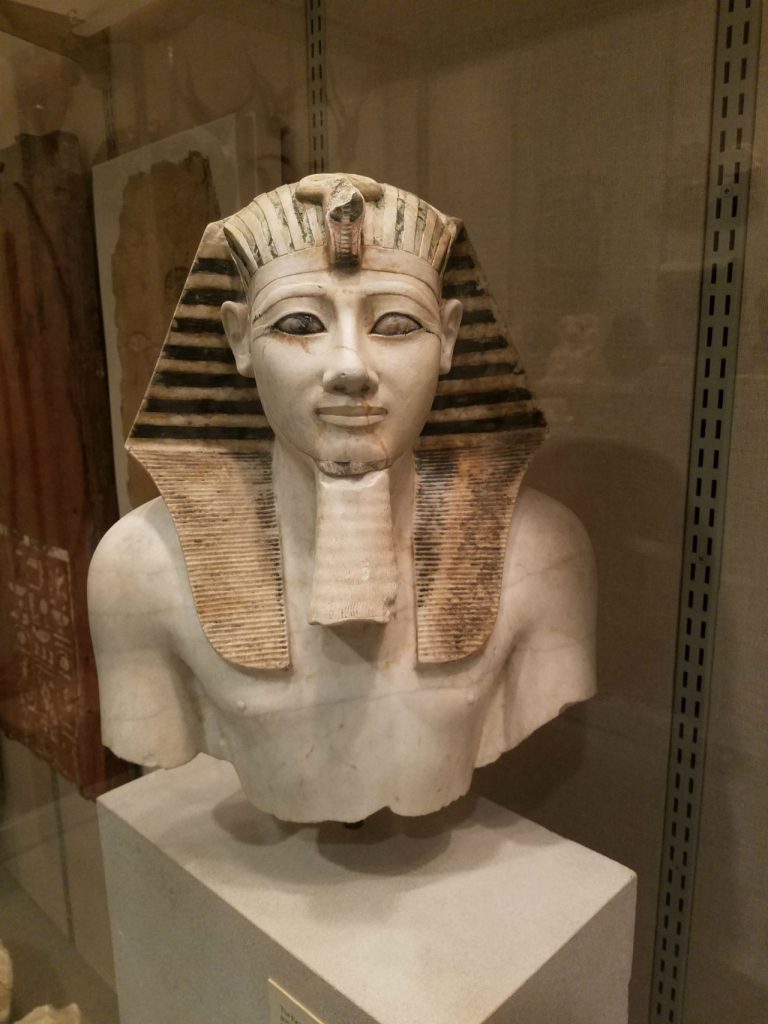 In Genesis 46, Jacob took his family to Egypt to meet Joseph. “Then Jacob left Beersheba, and Israel’s sons took their father Jacob and their children and their wives in the carts that Pharaoh had sent to transport him. So Jacob and all his offspring went to Egypt, taking with them their livestock and the possessions they had acquired in Canaan. Jacob brought with him to Egypt his sons and grandsons and his daughters and granddaughters—all his offspring.”

In the Bible, Jacob went down to Egypt. But in the Bronze Age, Egypt came to Canaan.

In the 16th century BCE, Egypt was in the midst of the Second Intermediate Period, a period in which there was no centralized control over the entire landmass of Egypt. Lower Egypt, or northern Egypt, was under the control of the Hyksos, a people from Asia who are remembered in Egypt for their cruelty. In the mid-16th century BCE, the rulers of Upper Egypt, southern Egypt, who were based in Thebes successfully attacked and expelled the Hyksos. They unified Egypt and ushered in what became known as Egypt’s New Kingdom.

The New Kingdom would come to include the 18th, 19th and 20th Dynasties and would last for nearly 500 years. One step its leaders took was to assert control of Canaan, to dominate trade and to create a buffer zone against foreign invaders. The mid-15th century ruler Pharaoh Thutmoses III recorded his campaigns in the Annals of Thutmose III in the Karnak Temple of Amun. He boasts of his great victory at the Battle of Megiddo, in the Lower Galilee, “the capture of Megiddo is the capture of a thousand towns.” This inscription is said to contain the first mention of a body count in recorded history, listing 83 severed hands collected from the dead.

Thutmoses III’s son Amenhotep II extended his father’s domination of Canaan, capturing many people as slaves and deporting them to Egypt.

Egyptian control of Canaan during the Late Bronze Age is in evidence in the archaeological record. There is a decline in the number of cities. Cities that once were surrounded by walls for defense were now left unwalled and vulnerable. There was a decline in population. Egyptian pottery, scarabs and religious forms are found at sites in the southern Levant.

Egyptian domination led to the decline in Canaanite cities and leadership. Eventually, as the Egyptians gradually pulled back from Canaan towards the end of the Late Bronze Age, it opened the door for new entrants such as the early Israelites to settle and grow.

In the book of Joshua and Judges, the Israelite tribes contend with the local nations, the Canaanites, Amorites, Hittites, Jebusites, Hivites, Perizzites and Girgashites. Absent is any mention of the Israelites fighting the Egyptians in Canaan. It is for this reason that scholars who argue in favor of an Israelite exodus from Egypt and entry into Canaan, point to the end of the Late Bronze Age as the likely time period.

The image above is a bust of Thutmose III, the Egyptian king who set this process in motion. The bust is on display at the Metropolitan Museum of Art in New York City.

For more information about Egyptian pottery, the type found at certain Late Bronze Age sites in Canaan, see this short clip below: