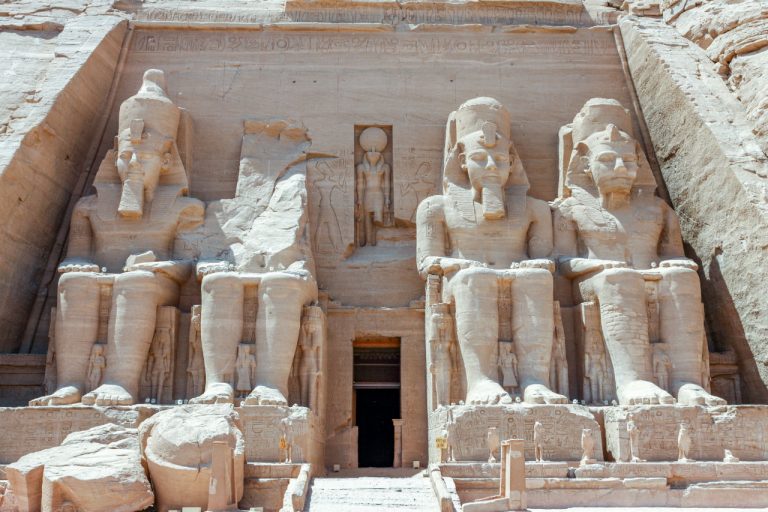 In Exodus chapter 7, Moses and his brother Aaron begin to deliver God’s plagues upon Egypt. As the backdrop for the plagues is Israel’s slavery, this post will reach back to Exodus 1 and Exodus 5.

At the end of Egypt’s Second Intermediate Period, leaders from southern Egypt expelled the Hyksos, the cruel Asian rulers who controlled northern Egypt. The kings of Egypt’s 18th Dynasty pursued the Hyksos into Canaan and the Levant. They took control of the region, and created a buffer zone to prevent any further attacks on Egypt from the north.

The 19th Dynasty of Egypt’s New Kingdom faced a challenge from the Hittites of Anatolia for control of the Levant. This further pulled Egypt’s center of gravity north into the Delta region of Egypt, where the Nile fanned out and ran to the Mediterranean Sea.

Today the Nile splits into to two main branches that pour into the Mediterranean. But in the ancient times it spread out in seven branches.

The 19th Dynasty king Ramesses II moved his capital to Pi-Ramesse Aa-nakhtu, the “House of Ramesses, Great-of-Victories.” Originally it was thought that the ancient city Pi-Ramesse was buried under modern day Tanis, off the northeasterly Tanitic branch of the Nile, due to the presence of monuments to Ramesses II. But archaeologists realized that the correct location is at Qantir, adjacent to Tell el-Dab’a, the site of Avaris, the Hyksos capital. The challenge in locating Pi-Ramesse was that the Pelusiac branch of the Nile had long since dried up and had to be found. For Pi-Ramesse, what had once been a strategically located city with access to waterborne trade was now placed in a  seemingly random location.

Wadi Tumilat is the 50 km dry river valley to the east of the Nile delta. In ancient times it contained water that ran east off the Pelusiac branch of the Nile. At Tell el-Retabah, in Wadi Tumilat, archaeologists unearthed a block with a large scene representing Ramesses II smiting a Syrian before the god Atum. This indicates that there was a temple to the Atum at the site. This Per Atum, House of Atum, could have given Pithom its name. Temples often contained areas for storage and the site would be positioned for trade with the Sinai.

The archaeology cannot tell us exactly who build Per Atum at Tell el-Retabah or Pi-Ramesse at Qantir but it can affirm that these cities did exist and flourished during the New Kingdom, before the Nile changed course and the waters turned away.

To see an visual reconstruction of Pi-Ramesse, check out the following link:

The image above is of a temple built by Ramesses II at Abu Simbel in southern Egypt. This impressive monument in the south combined with his capital in the north demonstrates the reach of this powerful pharaoh.