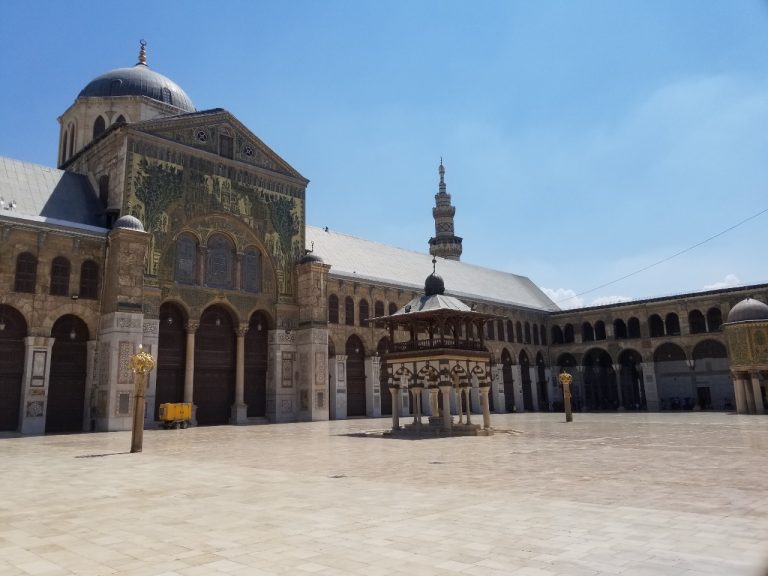 In Genesis 24, Abraham wanted to find a spouse for his son Isaac outside of Canaan, so he sent his servant north. “Then the servant left, taking with him ten of his master’s camels loaded with all kinds of good things from his master. He set out for Aram Naharaim and made his way to the town of Nahor.”

In 2 Samuel 8, after King David defeated the Philistines and the Moabites, he faced a challenge from Hadadezer son of Rehob, king of Zobah, who was assisted by the Arameans of Damascus. “David struck down twenty-two thousand of them. He put garrisons in the Aramean kingdom of Damascus, and the Arameans became subject to him and brought tribute.”

In 2 Samuel 10, the Arameans again confronted King David. “Hadadezer had Arameans brought from beyond the Euphrates River; they went to Helam, with Shobak the commander of Hadadezer’s army leading them. When David was told of this, he gathered all Israel, crossed the Jordan and went to Helam. The Arameans formed their battle lines to meet David and fought against him. But they fled before Israel, and David killed seven hundred of their charioteers and forty thousand of their foot soldiers. He also struck down Shobak the commander of their army, and he died there. When all the kings who were vassals of Hadadezer saw that they had been routed by Israel, they made peace with the Israelites and became subject to them.”

Later, in 1 Kings 11, the Arameans posed a threat to King Solomon. “And God raised up against Solomon another adversary, Rezon son of Eliada, who had fled from his master, Hadadezer king of Zobah. When David destroyed Zobah’s army, Rezon gathered a band of men around him and became their leader; they went to Damascus, where they settled and took control. Rezon was Israel’s adversary as long as Solomon lived, adding to the trouble caused by Hadad. So Rezon ruled in Aram and was hostile toward Israel.”

The Arameans spoke a Northwestern Semitic language, Aramaic. Aramaic is less closely related to Hebrew than the languages of Israel’s other neighbors, the Moabites and Canaanites. Aramaic appears to finds its way into the Torah in Genesis 31, in the place name Yegar Sahaduta, and possibly in Genesis in the word “bamakhazeh,” meaning “in a vision.”

In 2 Kings 5, the prophet Elisha cured Naaman, the commander of the army of the king of Aram. Afterwards, Naaman said that “When my master enters the temple of Rimmon to bow down and he is leaning on my arm and I have to bow there also, when I bow down in the temple of Rimmon, may the Lord forgive your servant for this.”

The exact site of ancient Aram Damascus is uncertain. Damascus is one of the oldest continuously inhabited cities in the world, and archaeological investigations there have been limited. The Grand Umayyad Mosque, on high ground in the city’s northwest was the site of a 3rd century CE Roman temple, and is believed to be the site of the temple of the Aramean god Hadad-Ramman. The remains of the Roman temple appear to use stones that were once part of this earlier Aramean temple.

The image above is of the Grand Umayyad Mosque, the proposed site of ancient Aram Damascus temple district. The link here is for the Tiglath-Pileser prism inscription that first records the Aramean presence in Syria: