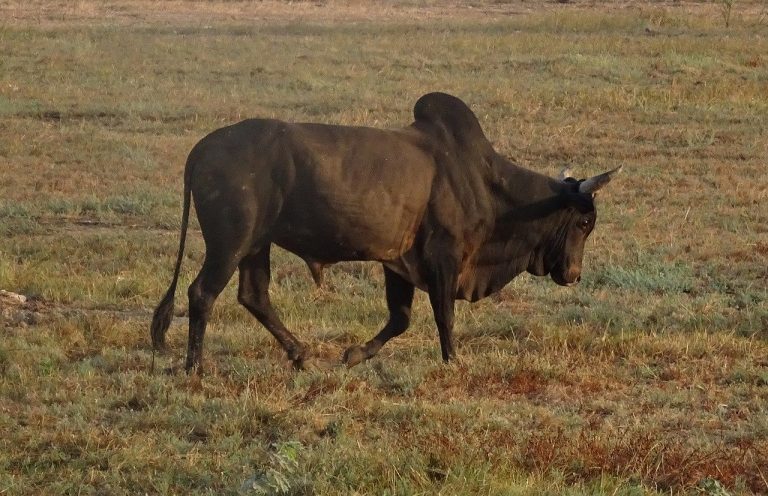 In Genesis 41, Egypt’s pharaoh had a dream. “He was standing by the Nile, when out of the river there came up seven cows, sleek and fat, and they grazed among the reeds. After them, seven other cows, ugly and gaunt, came up out of the Nile and stood beside those on the riverbank. And the cows that were ugly and gaunt ate up the seven sleek, fat cows. Then Pharaoh woke up.”

Troubled by the dream and with his magicians and wise men unable to interpret the dream, Joseph was summoned from prison. Joseph offered this answer: “Seven years of great abundance are coming throughout the land of Egypt, but seven years of famine will follow them. Then all the abundance in Egypt will be forgotten, and the famine will ravage the land. The abundance in the land will not be remembered, because the famine that follows it will be so severe.“

The Late Bronze Age Collapse led to drought like conditions in Canaan and eventually the collapse of centralized governmental control in Egypt. In Canaan, which during the Late Bronze Age was under Egyptian control, there is possible evidence that steps were taken to prepare for a dryer climate. That evidence appears in the cows.

Taurine cattle are a type of domesticated cattle that originated in the Near East, but were suitable for European climates and became known as European cattle.

Zebu are another type of domesticated cattle that descends from the same lineage as taurine cattle, but have unique features. Zebu cattle have a hump just past the neck. They are better able to handle heat than European cattle due to larger sweat glands, and they have greater resistance to bugs and parasites. These features led them to be more popular for ploughing in hot and dry regions such as sub-Saharan Africa.

A small number of DNA samples of taurine cattle from the Late Bronze Age through the Iron Age were found at the archaeological sites of Megiddo and Azekah in the region of ancient Canaan. One of the cattle contained DNA that showed it to be a hybrid of a taurine cow and zebu bull. It is unknown exactly when the hybridization occurred. But as the zebu is common in Africa, it likely would have originated in Egypt, which lies closest to Canaan. The most likely time that an Egyptian bull would be transported to Canaan would be in the Late Bronze Age, when the Egyptians ruled Canaan. Thus it is possible that the effort to cross-breed cattle was an attempt to adjust to a changing climate, from a wetter climate better suited to taurine cattle to a drier climate better suited to zebu cattle. If this is the case, it could be another piece in the puzzle demonstrating a changing climate as a cause for the Late Bronze Age Collapse.

The image above is of a zebu. Note the unique feature of a hump behind its neck.