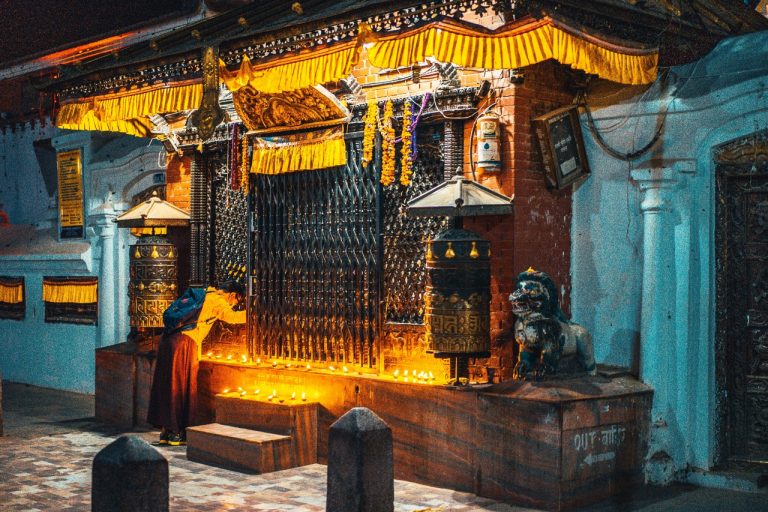 In Leviticus 10, God killed Aaron’s sons for violating the sanctity of the Tabernacle. “Aaron’s sons Nadab and Abihu took their censers, put fire in them and added incense; and they offered unauthorized fire before the Lord, contrary to his command. So fire came out from the presence of the Lord and consumed them, and they died before the Lord. Moses then said to Aaron, “This is what the Lord spoke of when he said: Among those who approach me, I will be proved holy; in the sight of all the people I will be honored.” Aaron remained silent. Moses summoned Mishael and Elzaphan, sons of Aaron’s uncle Uzziel, and said to them, “Come here; carry your cousins outside the camp, away from the front of the sanctuary. So they came and carried them, still in their tunics, outside the camp, as Moses ordered.”

The sanctity of the Tabernacle was built into its design. The area in front of the Tabernacle held wash basins for ritual purity. Entry inside was restricted to priests. In Leviticus 16, the Holy of Holies was limited to only the high priest on the Day of Atonement.

The Ain Dara Temple in Syria demonstrates that Solomon’s temple was built along the lines of other contemporary temples of the time. It had a rectangular layout, with similar dimensions. The two buildings were similar in the placement of a shrine area at the end of the building. And they had another similarity.

At Ain Dara, at the end of chain of rooms, the main hall led to an elevated shrine area. A ramp led up to the podium. This elevated area featured a niche where an image of a god would have been placed. It is thought that this main hall would have been separated from the shrine area by some form of barrier, creating two rooms from this one large area.

The photo in the link below shows the elevated portion of the holy of holies at the rear of the Ain Dara temple: