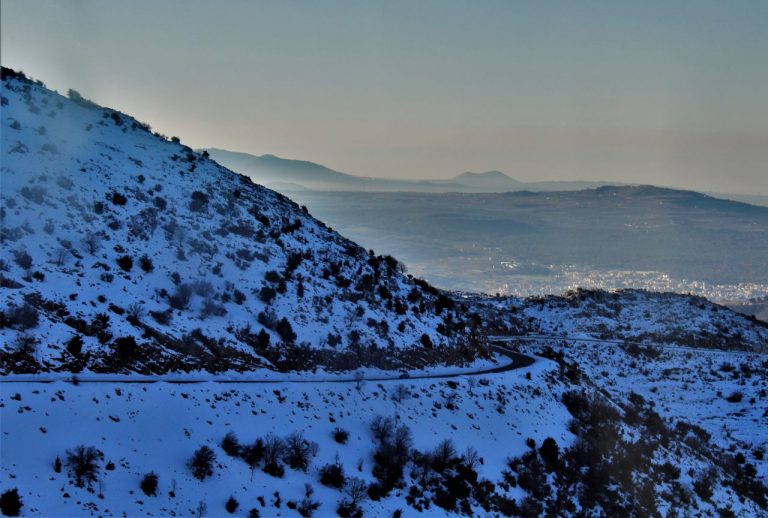 The region of Aram figures prominently in the Isaac and Jacob narratives. In Genesis 25, “Isaac was forty years old when he married Rebekah daughter of Bethuel the Aramean from Paddan Aram and sister of Laban the Aramean.” Genesis 27, Rebekah warned Jacob, “Your brother Esau is planning to avenge himself by killing you. Now then, my son, do what I say: Flee at once to my brother Laban in Harran,” located in Aram. In Genesis 28, “Then Isaac sent Jacob on his way, and he went to Paddan Aram, to Laban son of Bethuel the Aramean, the brother of Rebekah.”

The region of Aram covers an area that today includes primarily Syria and encroaching into Lebanon, Turkey and Iraq. In the Iron Age it included a number of different Aramean states, such as the larger Aram with its capital at Damascus, Hamath, and the smaller states of Bit Zammani, Nasibina, Bit Bahiani, Bit Adini, Laqe, Bit Agusi, Yu’addi, Hamat, Bit Rehob.

The Arameans spoke Aramaic. The importance of Aramaic in trade would eventually allow it to replace the Mesopotamian language of Akkadian, to become the most widely spoken language in the region. The Aramaic language does find its way into Genesis, when Jacob and his family fled Paddan Aram. “So Jacob took a stone and set it up as a pillar. He said to his relatives, “Gather some stones.” So they took stones and piled them in a heap, and they ate there by the heap. Laban called it Yegar Sahadutha, and Jacob called it Galeed.” For the naming of the location, Laban and Jacob reverted to their native tongues.

The Aramean tribes were separated by political divides, but united by language, culture and gods. As such, they could be grouped into one entity. The Sefire steles are 8th century BCE stelae, written in Aramaic, discovered near Aleppo, Syria. The first Sefire Stele contains a treaty amongst different groups, but refers to the area as “All Aram,” indicating Aram could be thought of as one unified region.

The image above is of Mount Hermon, the highest peak in the lower portion of the Anti-Lebanon Mountain range, which today separates modern Syria from Lebanon and once separated Aram from the Phoenician/Canaanite kingdoms of the Lebanese coast.