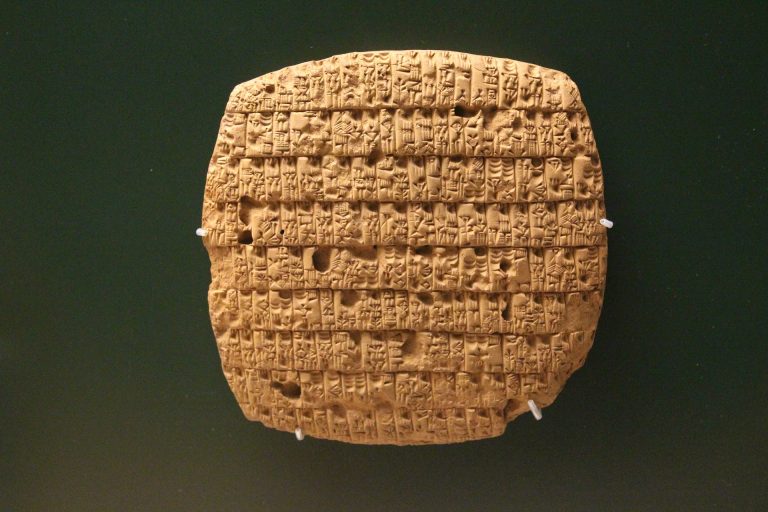 Names can be a good indicator of time and place. In 10th century England, AEthelwold, Eadwig and Dunstan were popular names. By the 15th century, John, William, Robert, Henry and Richard had supplanted those names in popularity. In the English speaking United States today, one can find names such as Ishmaa’ily Yuwsha Kitchen, Ha Ha Clinton-Dix, D’Brickashaw Ferguson and Frostee Rucker represented at the East West College Bowl. Different eras tend to feature distinct names. One would not expect names such as William, Robert and Henry in 10th century England, just as one would not expect the names Ha Ha, D’Brickashaw and Frostee in 15th century England. Literature that takes place in a specific time period should have names that reflect the time period.

Abraham is the progenitor of the generations that are listed in Genesis 25. Based on the name, Abraham is true to his time and place.

An article written in 1909 by George Barton in the Journal of Biblical Literature discusses a series of letters from the early 2nd millennium BCE that were found in Dilbat, modern day Tell al-Deylam, Iraq, south of Borsippa and near the Euphrates River. The letters were written in cuneiform, the wedge shaped script.

There were five letters between a farmer who rented a small plot of land from the owner, Sin-iddin. The small farmer’s name has a variety of spellings: A-ba-am ra-am, A-ba-ra-ma, and A-ba-am-ra-ma. These all read as variations of the name Abraham. This farmer is not the same as the biblical character. This farmer’s father’s name was Amil-Ishtar; Abraham of the Bible’s father’s name was Terah. This farmer’s brother was Iddatum; Abraham of the Bible’s brothers were Nahor and Haran.

Working backwards in time from later biblical stories, the setting for the Abraham story falls out in the early 2nd millennium. Earlier in the Book of Genesis, Abraham is said to have come from Ur Kasdim, which may have been in Mesopotamia in southern Iraq. There is no overt evidence for the biblical figure Abraham. He was not the leader of a large empire able to produce monumental buildings or employ dedicated scribes, and the stories of his life indicate that he lived a nomadic life, which would reduce the odds of him producing any long lasting artifacts. But based on name alone, Abraham’s name seems to fit its time in the early 2nd millennium BCE and its place in Mesopotamia, in southern Iraq.