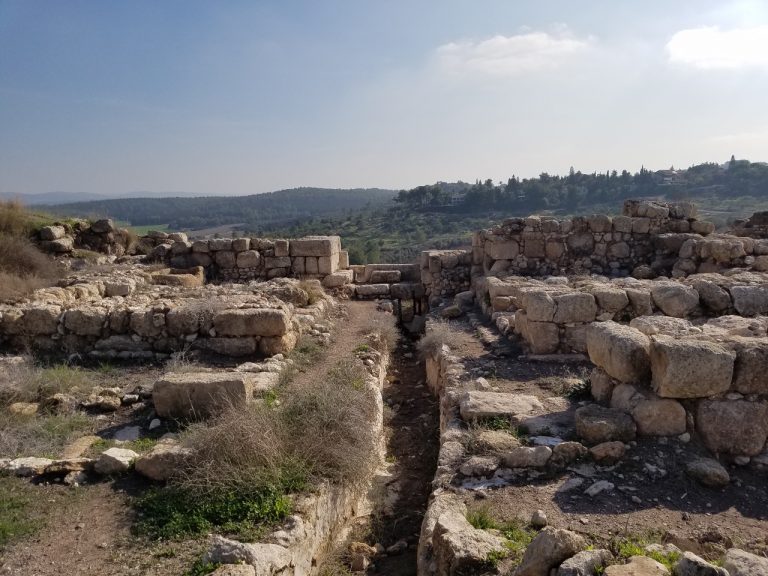 In the Torah portion of Noah, God casts destruction upon the world and then starts anew with Noah and his family. In Genesis 8, a new epoch begins. “So Noah came out, together with his sons and his wife and his sons’ wives. All the animals and all the creatures that move along the ground and all the birds, everything that moves on land, came out of the ark, one kind after another.”

In the books of the Prophets, the tribes of the books of Joshua and Judges decide that a tribal confederation is insufficient for meeting the Philistine threat and insist that they need a king. After the failed experiment of Saul, David became king, followed by his son Solomon. In the biblical account, these two kings defeated Israel’s enemies and Solomon began to undertake the large scale building projects typical of kings. This too then marks a new period.

In the archaeological record of the southern Levant, there becomes a marked transition from the Iron Age I to the Iron Age IIA and beyond. Using the ‘High Chronology’ method to assign the years, the Iron I period would be roughly from 1200-1000 BCE, and the Iron IIA period beginning in 1000 BCE.

In the Iron I period, the Philistines established themselves along the southern coastal plain in the cities of Gaza, Ashkelon, Ashdod, Ekron and Gath and in smaller cities further north. At the same time, the early Israelites were settling in villages and small farms in the central hill country, what is today the Judean and Samarian Hills. The Philistines and the early Israelites became rivals in the Shephelah, the foothills between the two regions.

The two rivals had distinct cultural elements. The Philistines are identifiable in the archaeological record by their unique high quality pottery and the concentration of pig in their diet. The early Israelite sites feature lower quality pottery, collared rim jars, four-room houses and a distinct lack of evidence of pig consumption.

In the Iron Age IIA, those early Israelites begin a process of state formation. Villages and farms are either abandoned or develop into larger towns and cities that gradually came to include fortification systems. These towns built waters systems to ensure a steady supply of water for their inhabitants. Absent in the Iron I period, these developing towns included palaces and other large scale buildings, indicative of royals and the bureaucracy of a state.

These developments appear to be consistent with the situation presented in the books of the Prophets, of groups of tribes with royal leadership forming a unified entity, better able to meet the challenges presented by its rivals.

The image above is of the gate system and a water channel of Iron II Gezer, at the edge of the Shephelah in central Israel. The rebuilt gate system is indicative of the changing needs of the time: