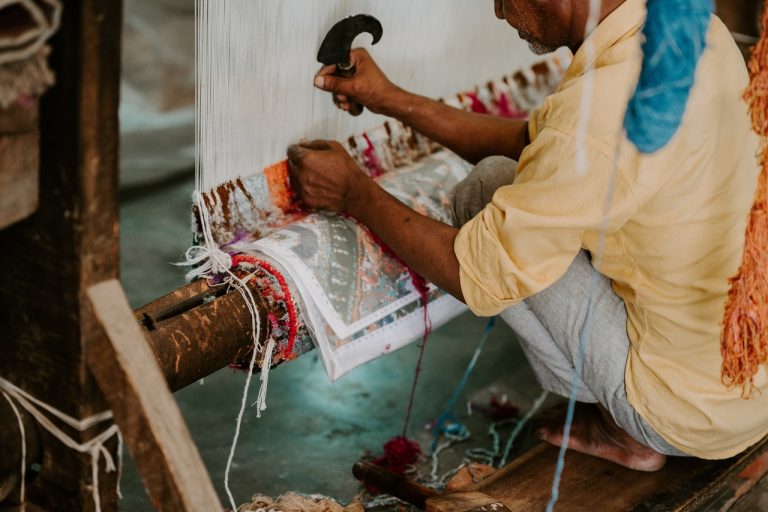 In Deuteronomy 22, the Bible issues a series of rules that relate to clothing: A woman must not wear men’s clothing, nor a man wear women’s clothing, for the Lord your God detests anyone who does this…Do not wear clothes of wool and linen woven together. Make tassels on the four corners of the cloak you wear.

In the Iron Age I, women would typically have the responsibility for tasks in the home. These tasks would include child rearing, grinding wheat into flour, cooking, baking, and sewing clothing.

The basic method for weaving clothing is by setting threads in tension along the warp, and then passing the weft over and under the warp. The pick is passed between the warp, over and under, until eventually the fabric is formed. An easy way to see this process is in the short video in the link below.

In the Iron Age in the Levant, this process was done with loom weights. The thread would be tied to a loom weight and then passed between the warp.

The Philistines and early Israelites lived in close proximity to each other, the Philistines along the coast of the southern Levant and the Israelites in the central hill country. The two groups differed in their languages, religion, pottery, home design, diet, and also in weaving clothes.

As mentioned above, for a quick primer on weaving clothing, see this video: