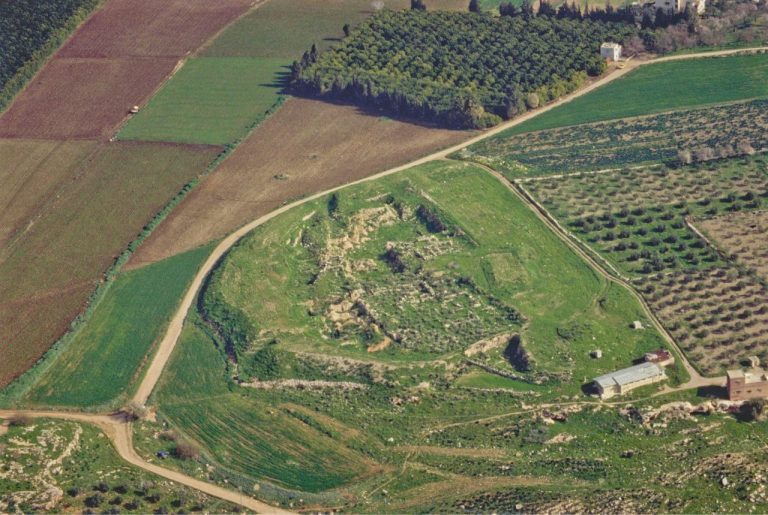 In Genesis 37, Joseph went to see his brothers who were tending their flocks near Shechem. When he arrived he discovered that they had moved on to Dothan.

In 1 Kings, the northern Kingdom of Israel got off to an unstable start. Jeroboam established the kingdom and settled at Shechem, and then moved the capital to Penuel in the Transjordan. Jeroboam was followed as king by his son Nadab. Nadab was killed by Baasha, who ruled from Tirzah. Elah the son of Baasha continued his father’s rule from Tirzah. When Zimri killed Elah, he too continued ruling from Tirzah.

The site itself appears to be a logical one for a new capital. It sits on a plateau, with an area of 18 hectares. The plateau offers natural defenses. It is located next to two natural springs. And the site sat along the trade route to the east of Shechem.

Excavations at Tirzah show a fluctuating pattern of habitation. The Late Bronze Age – Early Iron I site produced a good amount of artifacts, demonstrating the city’s activity during that period. The bulk of the Iron I layer shows it to be sparsely built, with the site then recovering and becoming more densely settled in the later Iron IIA, the period associated with the rise of the Israelite kingdom.

Tell el-Far’ah still has not offered up signs of monumental construction, such as a palace or temple, typical of royal rule. This may be partly due its serving as a capital of a nascent state. Despite the lack of large-scale buildings, the biblical story is generally considered reliable for this series of episodes because the inclusion of Tirzah in the story would otherwise be a strange addition. Unlike Shechem, which plays a prominent role in stories across the Bible, Tirzah does not. And Tell el-Far’ah is not a site of major importance that would be inserted into a story without reason.

Thus despite a lack of obvious signs of royalty, other signs do point to Tell el-Far’ah serving as a home for kings of Israel.

The image above is of Tell el-Far’ah taken from the south, with natural defenses visible along its side.