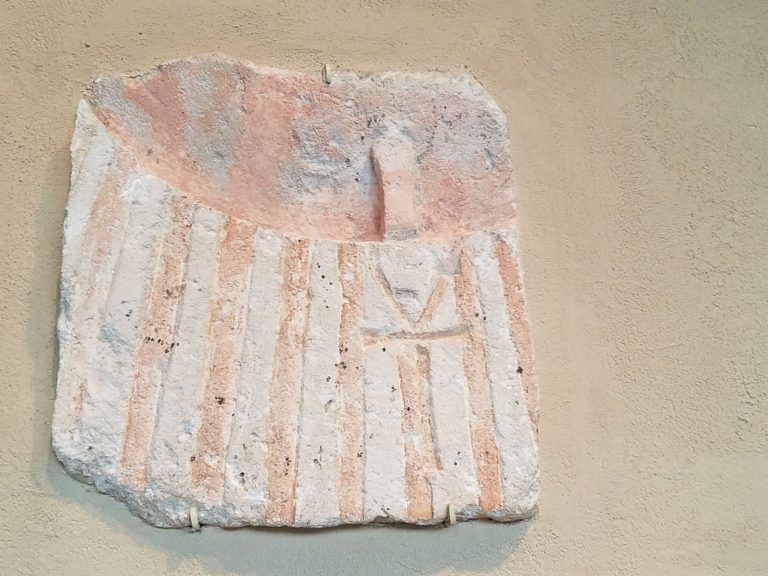 In Deuteronomy 5, Moses recounts the Ten Commandments that were given to Israel. “I am the Lord your God, who brought you out of Egypt, out of the land of slavery. You shall have no other gods before me. You shall not make for yourself an image in the form of anything in heaven above or on the earth beneath or in the waters below. You shall not bow down to them or worship them; for I, the Lord your God, am a jealous God, punishing the children for the sin of the parents to the third and fourth generation of those who hate me, but showing love to a thousand generations of those who love me and keep my commandments.”

Regardless of which it is, it marks a departure from traditional religion of the 2nd and 1st millennia. People in the ancient Near East at the time were polytheistic, and believed in the presence of many gods, each of whom served a unique role or location in the pantheon of gods.

Just as the Bible has a revolutionary idea about God for its time, the Egyptians also experienced a similar revolution, albeit for a brief period.

In the mid-14th century BCE, the Egyptian king Amenhotep IV ascended to the throne. In the fifth year of his reign, he undertook a religious revolution. At the time, Amen-Ra was a chief god in the Egyptian pantheon, and his name appears in the name Amenhotep IV. Amenhotep IV made the Aten, the sun disk, the only object of veneration. He changed his own name to Akhenaten, translated variously as ‘Living spirit of the Aten’ or ‘Effective for the Aten.’ He moved his capital to an area between the southern capital of Thebes and the northern capital of Memphis and named this new capital Akhetaten, meaning ‘Horizon of the Aten.’ This capital at modern day Tell el-Amarna is the location where the Amarna Letters, which mention the Habiru attacking Urusalim, were discovered.

Akhenaten elevated Aten to be the only god who could be worshipped, and the Aten could only be worshipped through Akhenaten himself. Across Egypt, the name of the god Amen-Re was defaced and references to ‘gods’ were erased. Temples to other gods across Egypt were shut down, and Akhenaten built open air temples that were exposed to the sun disk god Aten.

Akhenaten is believed to have composed the ‘Great Hymn of the Aten.’ A portion of it reads as follows: “How numerous are your works, though hidden from sight. Unique god, there is none beside him. You mold the earth to your wish, you and you alone. All people, herds and flocks, all on earth that walk on legs, all on high that fly with their wings. And on the foreign lands of Khar and Kush, the land of Egypt, you place every man in his place, you make what they need, so that everyone has his food, his lifespan counted.”

Akhenaten also launched a revolution in art. Egyptian art typically had a formal method of presentation. Pharaohs were tasked with maintaining order against the forces of chaos, and they were depicted in reserved poses. A king would be represented sitting on his throne, broad shouldered, with his feet perhaps resting on nine bows, representing Egypt’s nine enemies. Under Akhenaten’s direction, he and his family were featured in more emotional scenes, with exaggerated features that are perhaps indicative of a medical condition.

There is an expression in Hebrew, “Yemach shemo vezichro,” meaning ‘may his name and memory be erased,’ that is reserved for Israel’s greatest enemies. And for the most part, this is exactly what happened to Akhenaten after this death. His son Tutankhaten changed his name to Tutankhamun, the name ‘Aten’ being replaced by ‘Amun,’ of Amen-Ra. This is the same Tutankhamun of ‘King Tut’ fame, whose tomb was found in the 1920s. Akhenaten’s name was removed from lists of Egypt’s kings, his temples were dismantled and their blocks reused elsewhere, and Egypt’s worship of the many gods reverted back to form. Where Akhenaten of great Egypt failed, the God of small Israel succeeded in carrying monotheism forward.

The image above is a fragment showing the sun disk and the sun’s rays emanating from it. The rays terminate in small hands before Akhenaten. It is on display at the Metropolitan Museum of Art in New York.

With the one God in mind, enjoy this tune: